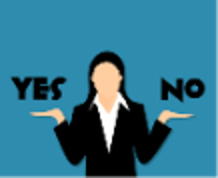 Good behavior in children is positively reinforced by suggesting a better way to do things instead of hearing a simple command.

1. Gather participants and demonstrate "Touch nicely" instead of "Don't hit,"

2. After demonstrating, remind the children by asking, ÃHow do you touch nicely?Ã

3. Ask them what they could say instead of "Don't touch the lamp?" After they have offered a few ideas, suggest that they think of an alternate object to play with. For example, say, "You can touch and play with the pans."

4. Ask them what might be another way of saying, "Don't run!" If they suggest, "Please use your walking feet," acknowledge that as a good way to get the message across.

5. Likewise, suggest, "Please speak respectfully, like this" instead of "Don't speak that way!"

2. Practice saying, "You can touch and play with the pans" instead of "Don't touch the lamp!" say,

3. Practice saying, "Please use your walking feetÃ instead of "Don't run!."