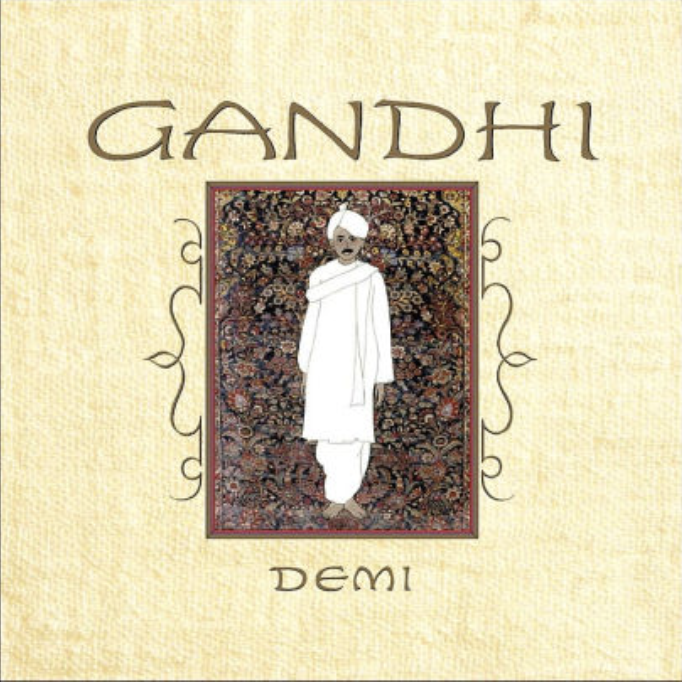 Mohandas Karamchand Gandhi, known by his followers as Mahatma Ã or great soul Ã was born in India in 1869 and grew up to become one of the most influential and well-respected political and social leaders the world has ever known.
An adamant idealist and a courageous thinker, Gandhi identified himself with the struggles of the common people. He became the sole voice of the downtrodden and the exploited and believed fervently in the notion that “hatred can only be overcome by love.” He vowed to instigate social and political change through nonviolent means and succeeded in changing India’s prejudicial caste system and winning India’s independence from British rule.
Gandhi’s teachings inspired Martin Luther King’s nonviolent civil rights movement in the United States and Nelson Mandela’s anti-apartheid movement in South Africa. Gandhi’s philosophies of nonviolence and peaceful protest continue to inspire people around the world.
In beautiful language and exquisite illustrations inspired by Gandhi’s own belief in the simplicity and truth of life, Demi captures the spirit that was Mahatma Gandhi and pays homage to this great man.