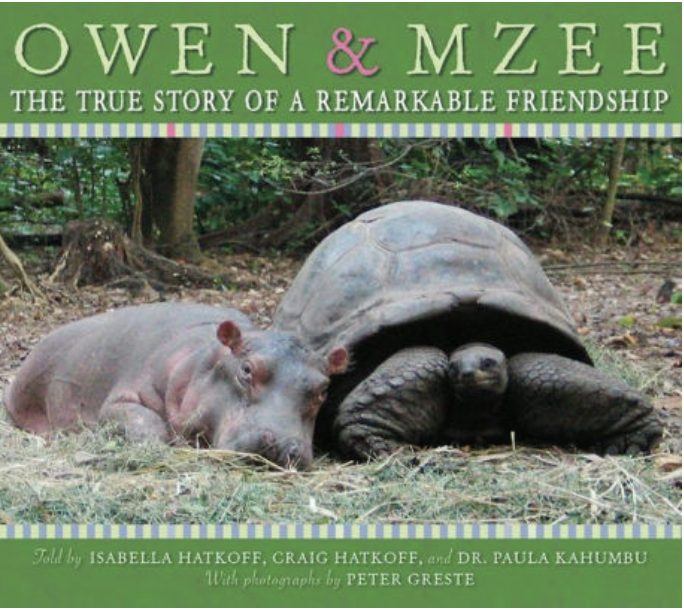 "Owen and Mzee by Craig Hatkoff"

The amazing true story of the orphaned baby hippo and 130-year-old giant turtle whose remarkable friendship touched millions around the world.

The inspiring true story of two great friends, a baby hippo named Owen and a 130-yr-old giant tortoise named Mzee (Mm-ZAY). When Owen was stranded after the Dec 2004 tsunami, villagers in Kenya worked tirelessly to rescue him. Then, to everyone’s amazement, the orphan hippo and the elderly tortoise adopted each other. Now they are inseparable, swimming, eating, and playing together. Adorable photos e-mailed from friend to friend quickly made them worldwide celebrities. Here is a joyous reminder that in times of trouble, friendship is stronger than the differences that too often pull us apart.