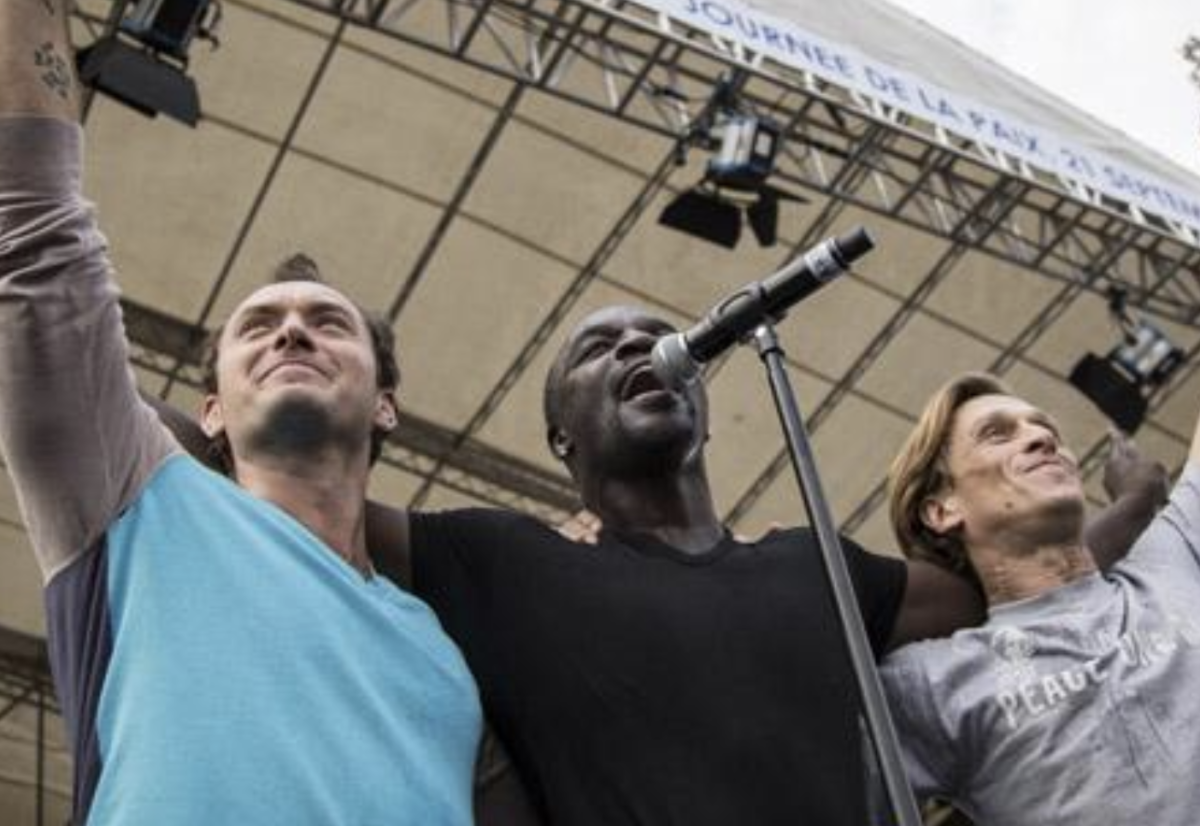 Since 2001, Peace One Day’s objective has been to institutionalise Peace Day September 21, making it a day that is self-sustaining, an annual day of global unity, a day of intercultural cooperation on an unprecedented scale. Peace One Day is impartial and independent of any government, political persuasion, corporation or religious creed. Education resources are group activities for students. They are available in multiple languages that cover issues such as anti-bullying/conflict resolution, multiculturalism and environmental sustainability.

Building Peace One Day at a time
Peace One Day’s mission is to become a content generator and a destination for global discussions around the issues of justice, equality, diversity, inclusion, climate action, peace, sustainability and the mobilisation of youth, leaving audiences INFORMED, INSPIRED and ENGAGED. Our objectives are: 3 billion people aware of Peace Day 21 September by 2025 Decrease violence on Peace Day, including in the cyber world Share Free Education Resources with schools in all 193 UN Member States
In 1999, actor turned filmmaker Jeremy Gilley set out to document his efforts to create an annual Peace Day. To this end he founded the non-profit organisation Peace One Day. In 2001 the organisation’s efforts were rewarded when the member states of the United Nations unanimously adopted the first ever annual day of global ceasefire and non-violence on 21 September – Peace Day. Since 2001, Peace One Day’s objective has been to institutionalise Peace Day 21 September, making it a day that is self-sustaining, an annual day of global unity, a day of intercultural cooperation on an unprecedented scale. To support this objective, in 2007, in Afghanistan, Peace One Day’s collaboration with UNAMA, UNICEF, WHO and other UN agencies resulted in a ceasefire observed by all parties, including the Taliban. 4.5 million children were vaccinated against polio in Afghanistan due to Peace Day agreements.
In 2014 Peace One Day launched a 3-year project in the Great Lakes region of Africa. The goal was to raise awareness of Peace Day and encourage all sectors of society in the region to stand together in the name of peace on 21 September. In 2016, after several years work with global management consulting firm McKinsey & Company, it was estimated that 2.2 billion people had been exposed to the Peace Day message, that 940 million were aware of the day and that 16 million behaved more peacefully as a result.
Through initiatives and collaborations, Peace One Day continues to encourage organisations and individuals to reduce violence at home, in the workplace, at school, in our communities and towards our environment. Peace One Day’s goal for 2025 is to reach 3 billion people with the message of Peace Day. Peace One Day is impartial and independent of any government, political persuasion, corporation or religious creed.
Click to See this Resource