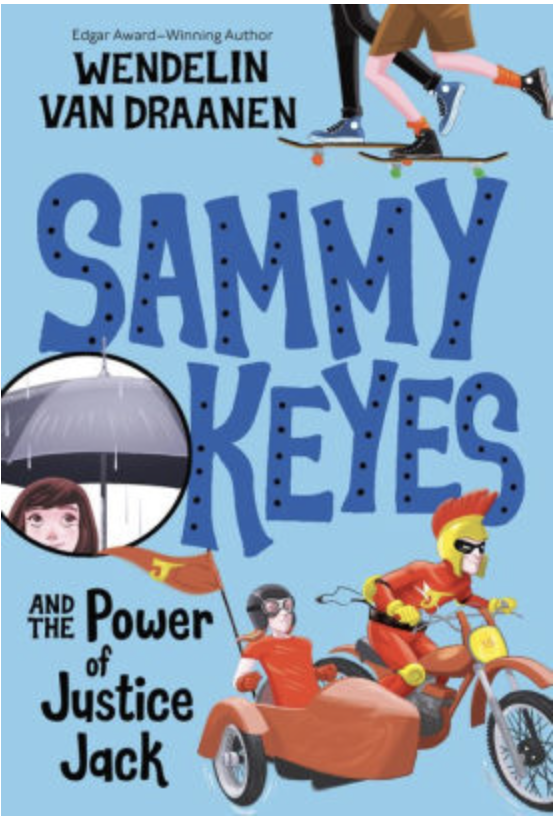 Sammy thought she’d seen all the weirdness her town had to offerÃand then she met Justice Jack, Santa Martina’s very own superhero. Well, really he’s just a guy in spandex and a mask who rides around town on a dirt bike, hoping to find some crime to fight.

The old folks in town think he’s wonderful. So wonderful that they’ve asked him to track down Sammy’s neighbor Mrs. Wedgewood, who seems to have disappearedÃalong with a lot of other people’s cash. Sammy’s friends think Justice Jack is funny and cool. Billy Pratt’s even auditioning to be his sidekick! But Sammy thinks he’s kind of . . . lame. He’s more of a showstopper than a crime stopper. And when a real mystery comes along, Sammy finds herself right in the middle of it. . . .

The Sammy Keyes mysteries are fast-paced, funny, thoroughly modern, and true whodunits. Each mystery is exciting and dramatic, but it’s the drama in Sammy’s personal life that keeps readers coming back to see what happens next with her love interest Casey, her soap-star mother, and her mysterious father.