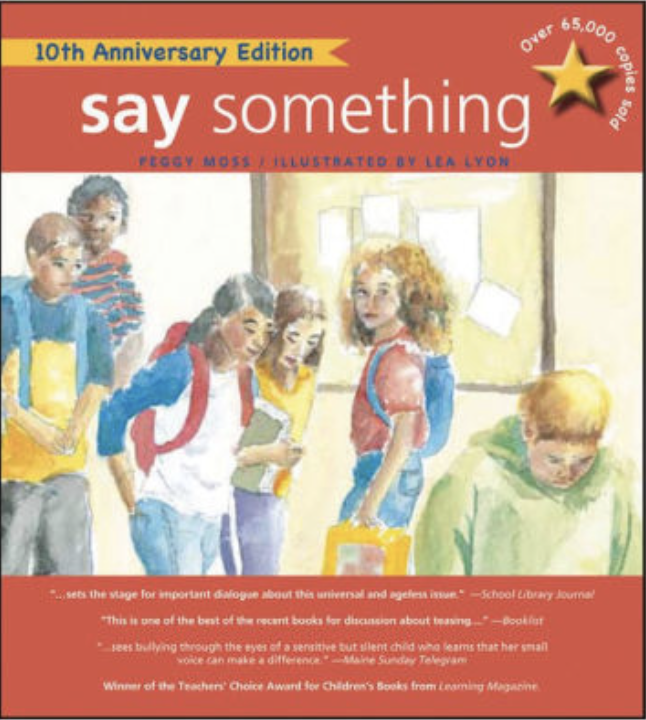 "Say Something by Peggy Moss"

At this school, there are some children who push and tease and bully. Sometimes they hurt other kids by just ignoring them.

The girl in this story sees it happening, but she would never do these mean things herself. Then one day something happens that shows her that being a silent bystander isn’t enough. Will she take some steps on her own to help another kid? Could it be as simple as sitting on the bus with the girl no one has befriended (and discovering that she has a great sense of humor)? Resources at the end of the book will help parents and children talk about teasing and bullying and find ways to stop it at school.One child at a time can help change a school.

Since its release in May 2004, this book has sparked Say Something weeks in schools from Maine to Shanghai. It has been turned into plays, distributed to hundreds of kids at conferences, read by principals on large screens, and rewritten by students in several schools (Do Something! is a favorite title). Most importantly, Say Something has helped start countless conversations among kids and adults about teasing.