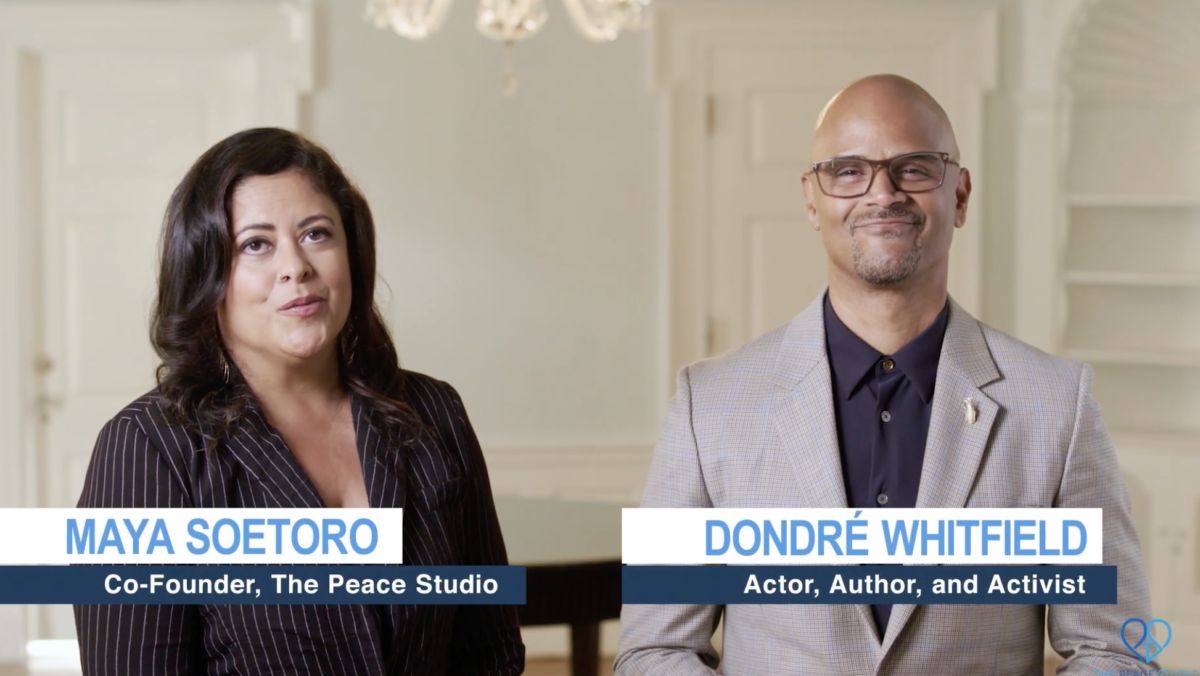 Peace Within Oneself: Maya Soetoro in Conversation with Viola Davis
Viola Davis, Academy, Emmy and Tony Award-Winning Actor
Maya Soetoro, Co-Founder of The Peace Studio
Viola Davis grew up in what she describes as abject poverty and through incredible resilience and determination has become one of the most successful actors of all-time —  winning a Tony, an Emmy and an Academy Award. In this deeply thought-provoking interview Viola Davis shares with the audience how she has managed to overcome every obstacle and shares insights on the importance of this moment of racial reckoning in the United States.
Peace Within Communities: Common & Reverend Otis Moss III
Common – Academy, Emmy and Grammy Award-Winning Artist
Rev. Otis Moss III –  Senior Pastor, Trinity United Church of Christ
Stephanie Sy – PBS NewsHour Correspondent and Newshour West Anchor
The South Side of Chicago is on pace to have its most violent year in a quarter-century amid economic uncertainty and heightened racial tensions. As an artist, Common has made it his mission to be a rapper of social conscience who uses music and art to offer hope to his community. Reverend Otis Moss III, a Senior Pastor on the South Side of Chicago since 2008, is similarly focused on improving the mental health of his community and reaching underserved youth. The two men – who are friends and have been working together for years – explain how they believe we can ease racial tensions and overcome hate.

Without immediate action the threats of rising sea levels, water scarcity, hurricanes and droughts among others will continue to snowball and could displace as many as 216 million people over the next 30 years. The threats are so immediate that even if emissions are cut to zero overnight, it will take decades to reverse the damage that has already taken place.  In this conversation Actor Adrian Grenier and two Gen Z climate activists explain why the time to act is now.Also Featuring Performances by:
Angélique Kidjo – Grammy Award-Winning Artist
Ringo Starr – Musician, Singer, Songwriter, and Actor
Michelle Dorrance – MacArthur-Winning Tap Dancer and Founder, Dorrance Dance
Aaron Marcellus – Singer, Writer, Musician, Tap Dancer, and Actor
Click to See this Resource