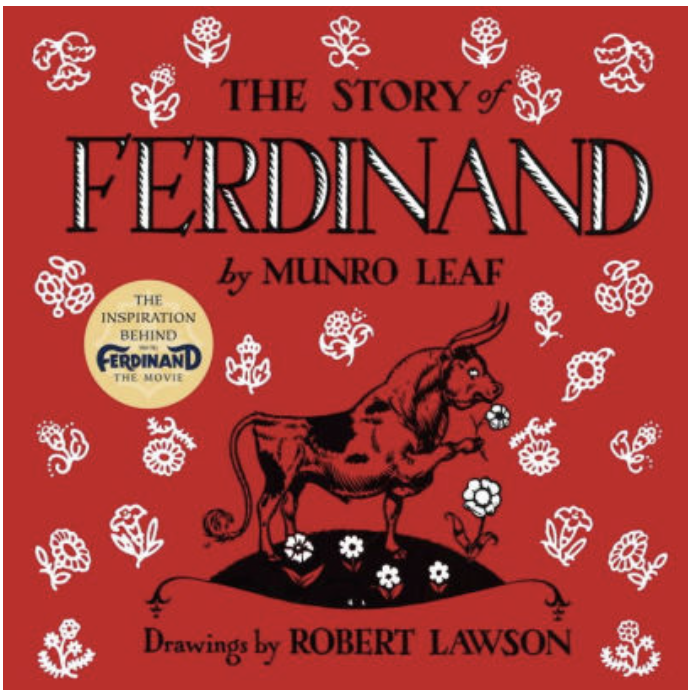 "The Story of Ferdinand by Munro Leaf"

A true classic with a timeless message!

All the other bulls run, jump, and butt their heads together in fights. Ferdinand, on the other hand, would rather sit and smell the flowers. So what will happen when Ferdinand is picked for the bullfights in Madrid?

The Story of Ferdinand has inspired, enchanted, and provoked readers ever since it was first published in 1936 for its message of nonviolence and pacifism. In WWII times, Adolf Hitler ordered the book burned in Nazi Germany, while Joseph Stalin, the leader of the Soviet Union, granted it privileged status as the only non-communist children’s book allowed in Poland.

Wilbur Monroe Leaf (aka Munro Leaf) (1905–1976) is an American author of children’s literature who wrote and illustrated many books during his long career. His books were illustrated by a number of famous artists, including  Ludwig Bemelmans, Robert Lawson, and Theodor Seuss Geisel (Dr. Seuss). He is best known for The Story of Ferdinand (1936).