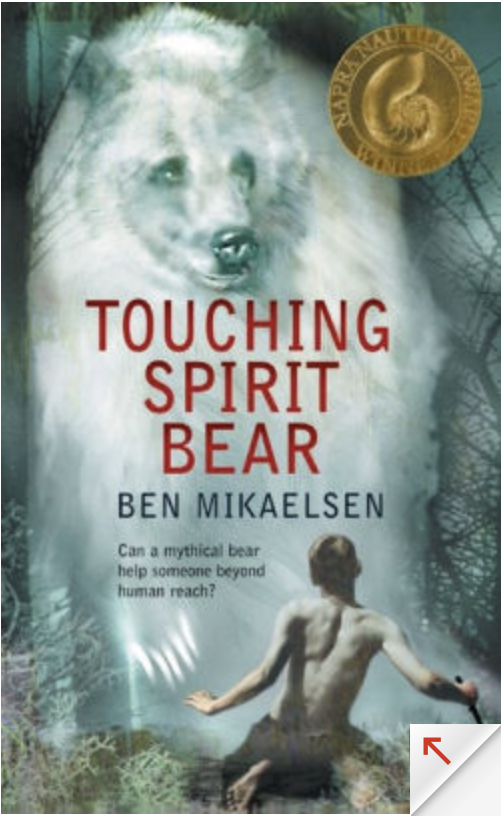 In his Nautilus Award-winning classic Touching Spirit Bear, author Ben Mikaelson delivers a powerful coming-of-age story of a boy who must overcome the effects that violence has had on his life.
After severely injuring Peter Driscal in an empty parking lot, mischief-maker Cole Matthews is in major trouble. But instead of jail time, Cole is given another option: attend Circle Justice, an alternative program that sends juvenile offenders to a remote Alaskan Island to focus on changing their ways. Desperate to avoid prison, Cole fakes humility and agrees to go.
While there, Cole is mauled by a mysterious white bear and left for dead. Thoughts of his abusive parents, helpless Peter, and his own anger cause him to examine his actions and seek redemptionÃfrom the spirit bear that attacked him, from his victims, and, most importantly, from himself.
Ben Mikaelsen paints a vivid picture of a juvenile offender, examining the roots of his anger without absolving him of responsibility for his actions, and questioning a society in which angry people make victims of their peers and communities. Touching Spirit Bear is a poignant testimonial to the power of a pain that can destroy, or lead to healing.
A strong choice for independent reading, sharing in the classroom, homeschooling, and book groups.