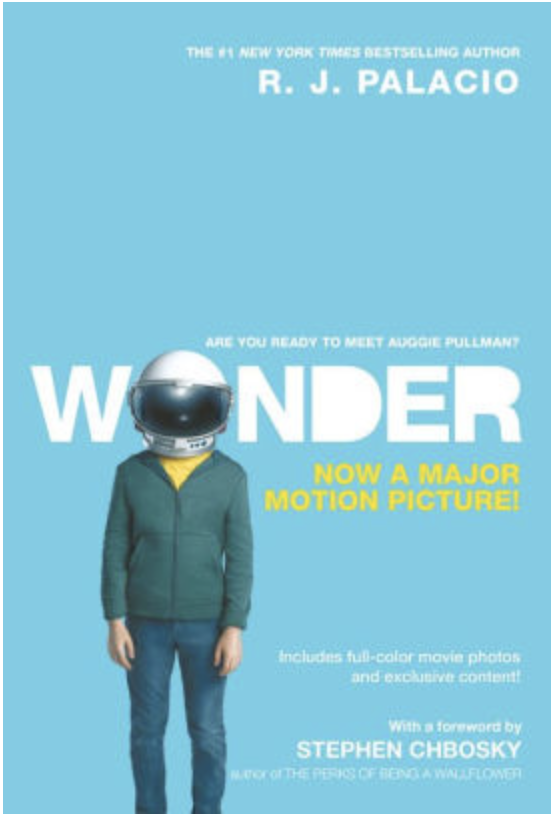 This special movie tie-in edition features an eight-page full-color insert with photos from the film, a foreword by the director Stephen Chbosky, an afterword by R.J. Palacio, a behind-the-scenes look at the making of the movie with anecdotes from the cast and crew, and a family discussion guide.

August Pullman was born with a facial difference that, up until now, has prevented him from going to a mainstream school. Starting 5th grade at Beecher Prep, he wants nothing more than to be treated as an ordinary kidÃbut his new classmates canÃt get past AuggieÃs extraordinary face. WONDER, now a #1 New York Times bestseller and included on the Texas Bluebonnet Award master list, begins from AuggieÃs point of view, but soon switches to include his classmates, his sister, her boyfriend, and others. These perspectives converge in a portrait of one communityÃs struggle with empathy, compassion, and acceptance.